Stockholm (HedgeNordic) – Gustav Karner, who took over the leadership of the pension foundation for the Swedish state-owned pharmacy retailer Apoteket in May 2017, has been busy the last 12 months overhauling the entire administration, IT and investments of the foundation initiated by the board before he joined. This has resulted in a new target allocation for alternative allocation to 30% out of which at least 20% will be invested in hedge funds, doubling the previous allocation.

His view of how to best manage a pension fund must be a relief for hedge fund managers, who are constantly under pressure for cost and performance. Karner’s aim was to find the best possible, cost-effective way of managing the assets while reducing overall risk. This has resulted in the majority being invested in index funds and the rest basically actively managed alternatives.

The board had a clear vision for the SEK12bn fund and Karner started working with the previous management on overhauling the fund when he officially joined in May last year. Not only did he want to review the entire operation of the fund but he also wanted to replace the in-house actively managed portfolio with index funds and add a significant portion of alternatives to the mix. As a result the administration and risk control of the fund were outsourced to Wassum and PRI Stiftelsetjänst. Staff was reduced from previously five to two. Karner hired Oscar Arvidsson a quant analyst with a 5-year background in maths to join his streamlined duo.
All of the fund’s IT systems were also changed to a cloud-based system. Karner said the changes have halved the costs of the organisation. In addition, Karner swiftly moved to create a five-member investment committee with an advisory role, aiding him in his executive decision-making. The committee is an addition to the existing board which has two employer and two employee representatives.

“The main goal in our risk management is to minimize the risk for the buffer e.g. the assets minus the liabilities”

The final part of the puzzle was to review the investment policy. “As a pension fund we have to be able to cover liabilities, even if they are not in our balance sheet, and using an ALM modelling exercise we looked at how to best match assets and liabilities,” Karner said. “The main goal in our risk management is to minimize the risk for the buffer e.g. the assets minus the liabilities”, Karner adds.

The new investment policy means we will have less risk in the portfolio as well as lower drawdowns than earlier, he explained. The asset allocation was fairly dramatically changed with equities down to 20% from an earlier 30% and in particular Swedish equities were cut to 5% from 25%. Fixed income has been split between 25% in secured debt, 15% in higher return debt such as private debt and senior loans with less liquidity, rather than high-yield, which Karner has divested from recently.

The real estate portfolio remained at 10% but alternatives were boosted to 30%. The alternatives include hedge funds, private equity, convertibles, infrastructure and insurance linked bonds. The majority, or 20% of that allocation will be in hedge funds.

“My thinking is the same as it was in my two previous roles at Länsförsäkringar and more recently at The Nobel Foundations. It is difficult for a small Swedish investor to beat global equity markets so I mainly want to use index managers for cost efficiency reasons. I may look at more active managers in small-caps and emerging markets,” he added.

He explained that the foundation has a cautious approach with over a third of the equities being protected considering markets have been rising for nine years.

The foundation’s fixed income assets are managed by SEB with investments spread across the Nordic region, Europe, and the US. Karner does not like the risk-reward outlook for high-yield and recently sold the holdings. “You do not get paid enough for the risk you take and I think that it is a bubble and I want to get out before it gets hard to get out once everyone else wants out,” he added. Karner said he prefers direct lending to high-yield. On the real estate side, the foundation invests in three Swedish funds. “I feel pretty happy with this allocation but I have been looking at student housing across Europe and particularly in the UK,” Karner said. He also uses SEB for the private equity allocation. The pension foundation has also diversified with small allocations to insurance-linked and catastrophe bonds among other assets.

“You do not get paid enough for the risk you take and I think that it is a bubble and I want to get out before it gets hard to get out once everyone else wants out.”

The most dramatic change in the portfolio has been on the alternatives side where Karner is keen to find ‘best in class’ managers and is scouring the world. “I have used contacts I build up over the years and have added three hedge funds since I started. I have been fortunate as some of them have been closed for new investors for years,” he said. Karner also sources ideas from specialist advisors and peers. He also noted that he likes funds that are closed as they are usually good at what they are doing and he is happy to wait and increase allocation when the opportunity arises.

Karner has invested in Viking Global Investors founded in 1999 by Andreas Halvorsen which now has some US$40Bn in AUM, another investment is with Davidson Kempner which specialises in merger arb and distressed debt and the third is with Two Sigma, a systematic fund managers.

The criteria Karner is interested in when looking for managers are that they have existed since before the financial crises. “If the fund itself has not existed since before the crisis, at least the key people should have managed money since before,” Karner said, adding that they need to be able to clearly explain what they are doing and that there is a clear pattern. Secondly, Karner looks at a high Sharpe-ratio, low risk and low correlation to equities. In addition, he wants it to fit well within the overall portfolio. “I also want references. Independent references are key,” he added. Other factors include capabilities in the areas of reporting, administration, auditors used, liquidity and governance.

On the issue of fees, Karner does not see a problem with paying for the best managers in their field. “If you are a world-leader in your field, why would you lower your prices? I want to know they can deliver what they promise and I prefer to spend the money where I know I can get good returns after fees. Hence the majority is in index funds because I think global markets are difficult to beat investing in long-only funds. Beta should be cheap.” he said. Karner mentioned Renaissance’s Medallion fund with fees double of the industry standard of ‘two and twenty’. Noting that its annualised returns have been equally eye-popping.

“If you are a world-leader in your field, why would you lower your prices?”

Karner plans to continue diversifying and reducing equities and adding hedge funds when the ones he likes open. “Hedge funds suit the SEK12bn sized fund. The Nobel Foundation had 35% allocation to hedge funds but on average Nordic investors have a much lower allocation because of bad experiences in the past. At Länsförsäkringar we only had 3%. The hedge funds outperformed but they did not really have any impact on the overall performance which is why it is then often deemed too expensive,” he explained. Ethical, social and governance (ESG) are often on top of the agenda, particularly for government-owned companies. The Apoteket foundation uses the services of ISS-Ethix for the foundations environmental, social and governance criteria. “We do not exclude companies and prefer having a dialogue instead,” Karner said. 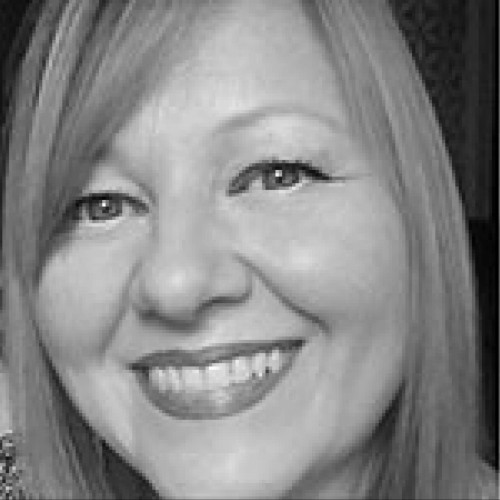